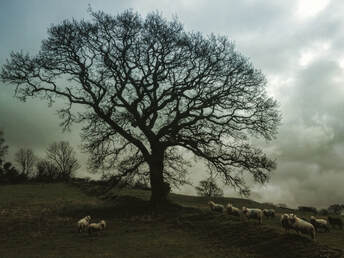 Moral blame is a central part of our private and public lives. Because it is so central, a great deal of philosophical work has been done on the nature and norms of moral blame. Relatively recently, epistemologists have begun focusing more attention on something they call “epistemic blame”. Epistemic blame is distinct from moral blame, while nevertheless sharing some of moral blame’s characteristic features. For example, it is a response made fitting by a normative failing, a response that goes beyond mere negative evaluation or grading. Epistemic blame has a characteristic “sting, force, and depth” (Hieronymi 2004). But it is not a moral response. Epistemic blame has something specifically to do with epistemic failings.

1) What is the nature of epistemic blame?

2) For what sorts of failings can we be appropriate targets of epistemic blame, and why?

3) What if anything is the value of our epistemic blaming practices?
t

the puzzle of epistemic blame

Part 1 concerns a puzzle about the very idea of epistemic blame. The puzzle arises when reaching for two closely related, but distinct theoretical goals: i) explaining what makes epistemic blame more significant than mere negative epistemic evaluation, and ii) doing so without invoking attitudes, behaviours, or practices that seem out of place in the epistemic domain. An analogous puzzle exists in the moral domain, one of explaining what makes moral blame more significant than judging that someone has done something wrong. Interestingly, a lot of the most prominent answers to that question do not seem like they will be helpful models upon which to build an account of epistemic blame. Some of our best ways of understanding the significance of moral blame simply seem ill-suited to helping us understand the significance of epistemic blame.
​
Solving this puzzle requires developing an account of epistemic blame that can achieve both of these goals, along with satisfying a number of other desiderata. I call my account the relationship-based account. According to my account, epistemic blame is a kind of relationship-modification. At the heart of the account is the notion of an “epistemic relationship”, a kind of relationship that people have with one another insofar as they are epistemic agents in an epistemic community. The project develops a unique understanding of what it is to modify one’s epistemic relationship with another person (and oneself), and it argues that certain ways of modifying one’s epistemic relationship with another can amount to a kind of blame response (Boult forthcoming).

The account draws on some central ideas in the literature on moral blame—in particular, it draws on approaches to moral blame that understand blame as essentially about relationship impairment, most notably that of T.M. Scanlon. One interesting feature of my development of these central ideas is that, as an account of epistemic blame, the relationship-based approach actually avoids some of the most important controversies it faces in the moral domain. Indeed, its weaknesses as a theory of moral blame are precisely what make it promising as a solution to the puzzle of epistemic blame.

A primary upshot of wrestling with the puzzle of epistemic blame is a deeper understanding of the relationship between ethics and epistemology. One of the core advantages of having an adequate account of epistemic blame, I  argue, is that it teaches us important lessons about the limits of the popular idea that ethics and epistemology are somehow analogous normative domains.

The ethics of EPISTEMIC BLAME

Part 2 looks at issues in the ethics of epistemic blame. One of the attractive features of the relationship-based account is that it puts us in a position to make headway on these issues. The first of these concerns the scope of epistemic blame: what sorts of intellectual failings can we be epistemically blameworthy for? And why? The common list of offences includes familiar things like dogmatism, wishful thinking, and other forms of biased cognition. But this is likely an incomplete list. In particular, I argue that an underexplored question is whether testimonial injustice can count as an epistemically blameworthy failing. I think it can. In fact, recognizing this enables us to answer some important questions about how to appropriately respond to perpetrators of testimonial injustice. An interesting upshot of this discussion is the connections revealed between epistemic blame and the expanding literature on testimonial injustice.

A second issue in the ethics of epistemic blame concerns the increasingly prominent notion of standing to blame. We all know that in order for blame to be justified and appropriate, certain facts about the person blamed need to be true: they need to have done something wrong, something for which they do not have an adequate excuse. But it also seems true that certain facts about the blamer need to be true as well. For example, there seems something odd or inappropriate about blaming someone for committing a wrongdoing that you have yourself just committed. There also seems to be something quite odd or inappropriate about blaming someone for a wrongdoing that you are yourself complicit in. I am especially interested in an additional “standing condition”, which is sometimes known as the “business condition”. It seems that the degree or kind of blame it is appropriate to direct towards someone is in part constrained by the degree to which their wrongdoing is your business. When we consider the natural idea that our intellectual lives are in some sense more personal or private than our overt, practical doings, an interesting tension emerges: does anyone really have the standing to epistemically blame anyone else? If not, is it ever appropriate to epistemically blame anyone? I explore a number of ways of resolving this tension, and show how the most compelling avenues dovetail nicely with my account of the nature of epistemic blame.
​

THE VALUE OF EPISTEMIC BLAME